I have devoted an entire section to this part of our history. Please visit all the links and checkout the very high-resolution photo gallery.

“Let them come on foot with handcarts or wheelbarrows; let them gird up their loins and walk through and nothing shall hinder or stay them.” -Brigham Young 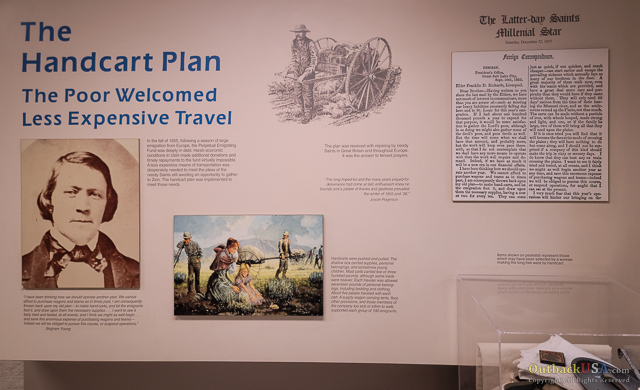 The toughest Pioneer Trail people of all were those of the Mormon Handcart Companies. Unlike the huge wagon trains of the general migration drawn by oxen, the Mormon’s pushed handcarts with all of their belongings aboard across the trail. Typically, a family would have at least two carts and every family member with the exception of infants and toddlers assisted with the push. 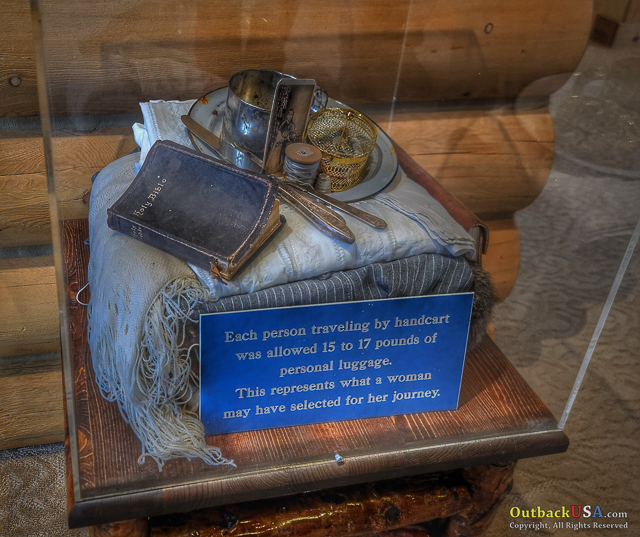 Ten handcart companies would make the trek during the four years the plan was in operation. These migrations included some 3,000 Mormon converts from England, Wales, Scotland and Scandinavia in about 650 handcarts. 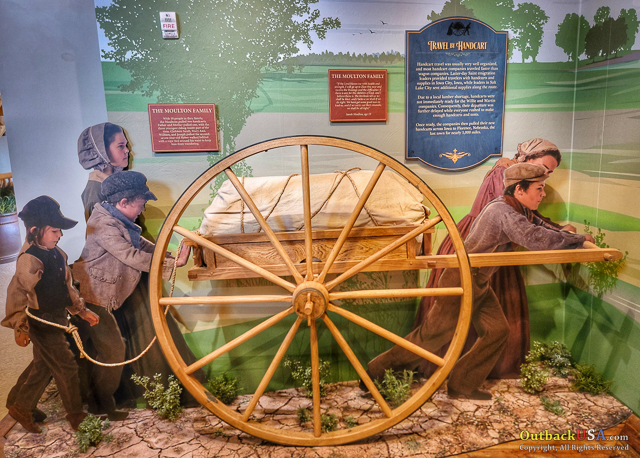 The carts were pulled from Iowa City, Iowa, a distance of 1,300 miles, or from Florence (Omaha), Nebraska which was 1,030 miles. Each cart carried 400 to 500 pounds of foodstuffs, bedding, clothing, and cooking utensils, and needed two able-bodied people to pull it. Five people were assigned to each cart. Adults could take only 17 pounds of baggage, and children were allowed 10 pounds each. Families with small children traveled in covered or family carts which had stronger axles made of iron.

The trek was disastrous for two of the companies of Willie and Martin, which both started their journey dangerously late and were caught by heavy snow and severe temperatures in central Wyoming. Despite a dramatic rescue effort, more than 210 of the 980 pioneers in these two companies would die along the way. 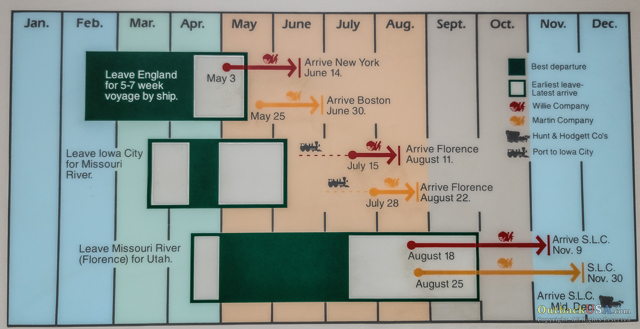 Hat Tip to Gene Van Shaar (facebook profile) for this reference of a firsthand account by Ephraim Hanks, of the suffering and sacrifice of the rescuers of the stranded handcart companies.

“The terrific storm which caused the immigrants so much suffering and loss overtook me near the South Pass, where I stopped about three days with Reddick N. Allred, who had come out with provisions for the immigrants. The storm during these three days was simply awful. In all my travels in the Rocky Mountains both before and afterwards, I have seen no worse. When at length the snow ceased falling, it lay on the ground so deep that for many days it was impossible to move wagons through it.“

The Martin’s Cove Handcart Visitor Center is built upon the Tom Sun Ranch. The Oregon, Mormon, California and Pony Express trails passed directly through this area. During your visit, you’ll find Devil’s Gate to your east and Split Rock off to your west in addition to dozens of unmarked Pioneer Trail graves on the ranch property. 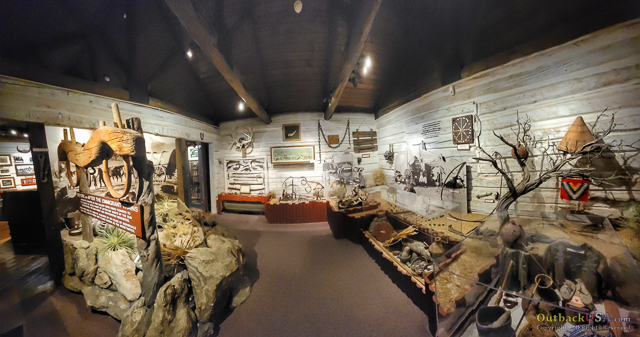 The ranch site was declared a National Historic Landmark on December 19, 1960. At the time of its nomination as a landmark it was one of the best preserved ranches from the cattle ranging period and was 4,160 acres (16.8 km2) in size. 60 years later much of this original ranch is preserved today with some of the best displays of era antiquities we witnessed on our entire Lincoln Highway trip. 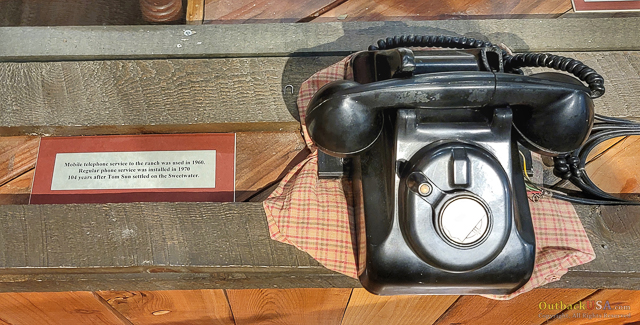 Please check out Part 1 and Part 2 of this Wonderful Trip!

Theme by Anders Noren — Up ↑